Home » Blog » 11 Facts About Eton College you might not know 1.The first football rules to be written down anywhere in the world was established by Eton College in 1815.

For those interested in football you will be fascinated to hear that the earliest versions of any football code rules were in fact written down in the early 19th century at Eton College (1815). Decades later, further rules were added at Cambridge which prohibited the use of any outfield player (besides the goalkeeper) from using their hands.

2. Some of the buildings are over 500 years old

Founded way back in 1441, Eton College still has numerous buildings which have been standing since that period, and as such the college is steeped in rich history. The school once housed numerous priceless religious artefacts until the current chapel and cloisters were finished in the late 15th century. Wealthy benefactors privately funded the construction of the renowned gatehouse, which was largely completed by 1670. The College Library, which contains a large collection of rare books and manuscripts, is the most recent significant addition to the major college buildings.

In present day the accommodation is made up of 25 houses on campus, each with around 50 other boys or so, who are aged between 13 and 18.

3. Eton College has been an independent boys’ boarding school since it was established.

Till this day Eton College remains a school exclusively for boys during term time, making it all the more unique an opportunity during the summer for girls to take advantage of everything that Eton has to offer.

Traditionally, single-sex education was the standard for secondary schools in most of the United Kingdom, particularly for private, grammar, and secondary modern schools. However, today, the majority of UK schools are coeducational. There are hardly any single-sex schools left in the public sector of the British educational system.

In The UK perhaps the closest equivalent to Eton for girls is the boarding school Cheltenham Ladies College established in 1954 in the English county of Gloucestershire town of Cheltenham.

Like other traditional public schools, the pupils who attend Eton College are there full time for the entire week during term time, which is why Eton College is known as a full time boarding school.

However, this doesn’t mean that pupils do not get to see their families. The three terms, or halves as they are traditionally called, are punctuated by lengthy holidays, so that the boys can return home.

5. It’s a stone’s throw from one of the King’s residences.

The grounds of Eton College are located near the town of Windsor in Berkshire. This is also home to Windsor Castle, which is famous for being the oldest and largest occupied castle in the world.

Windsor Castle was very recently the regular weekend residence of the late Queen Elizabeth II, and still is one of the official residences of the British monarchy. As a result it comes as little surprise that many male members of the British Royal Family have studied at Eton College for years throughout history.

A few years ago, the town held the wedding of the Queen’s grandson, Prince Harry, to Meghan Markle, and was visited by enormous crowds of people on their wedding day.

6. Its educated multiple generations of royals and famous leaders

Most recently, the famous royals who have attended Eton College are – heir to the throne Prince William and his younger brother Prince Harry.

William was the first member of the royal family to attend Eton for many years, and left at 18 with ABC A-level grades to go onto the University St. Andrews. Instead of attending university, Harry entered the military soon after leaving Eton College.

For those who have watched the Netflix series The Crown you will know that the reigning King of England Charles III, did not attend Eton.

Despite the school’s outstanding education, it was not the education of choice for the former Prince, the Queen’s eldest son. Until he was eight years old he had a private tutor instead, as was tradition back then for the monarchy. In 1962, when the decision came to send Charles to a real school, he attended a couple before enrolling at Gordonstoun. The boarding school in Scotland was very strict, and had been attended by Charles’s father Prince Philip before him. The notoriously harsh regime was tough on Charles, although he later spoke highly of the school.

7. Eton has a unique uniform.

The Eton College uniform is famous and instantly recognisable as an indicator of the school’s status.

Most recognisable is the black tailcoat, or morning coat, which is worn over the top of a black waistcoat and pinstriped trousers. There is also a distinctive white neck tie. Although very traditional, the uniform has been modernised over time with each new headmaster, but still remains in the accepted style. Black top hats are often worn by Eton pupils, but are only usually worn for special events.

8. It is one of The UK’s most expensive schools

It may come as a surprise but Eton was originally founded as a charity school, to educate up to 70 boys in the surrounding area from poorer backgrounds.

However today, Eton costs can be in excess of £45,000 a year, amounting to more than £15,000 per term; making it the sixth most expensive school in the UK to attend. However, this doesn’t entirely prevent students from less wealthy families from attending because Eton College provides financial support for many students, with approximately 70 said to be attending completely free of charge.

In the coming years Eton have said that they are planning to significantly increase the number of pupils receiving financial assistance, making the top class education offered by the school more accessible for those from less rich backgrounds.

9. Eton has been used for many films

With its grand historical setting it is easy to see why Eton is an attractive option for filmmakers. Some of the most famous of these include 2010’s My Week With Marilyn, and Shakespeare in Love from 1998. The wood panelled dining rooms are unique and well preserved at Eton, making it the perfect location for period pieces. The College’s cricket pavilion was also used for a scene in the James Bond movie Casino Royale.

Other than British politicians and the Royal Family, Eton College has also seen many of Britain’s most famous and popular actors educated there. From Hollywood stars such as Tom Hiddleston, Damian Lewis and Eddie Redmayne to Hugh Laurie from the hit tv series House.

11. It was founded by famous royal, King Henry VI

King Henry VI founded Eton College in 1441, in order to prepare boys from poorer backgrounds to go to the University of Cambridge. Back then it was named “Kynge’s College of Our Ladye of Eton besyde Windesore.”

Having read a little more about the unique history and prestige of Eton College, we hope that you are more excited and intrigued about the prospect of enjoying an unforgettable summer there.

With vocational subjects ranging from General English, Introduction to Politics & Economics, Business, and History, SBC provides the unique chance to study at an institution often described as ‘the most famous public school in the world’ and “the chief nurse of England’s statesmen”.

As well as growing and developing our courses to offer students extraordinary experiences in the classroom, we also provide an action-packed excursion and activities programme to broaden our students’ cultural horizons as well as helping to nurture essential 21st-century skills. Each year our excursion and activities programme is subject to change as we look to freshen up and evolve our programme, but in previous summers our itinerary has seen students visit such amazing locations as London, Oxford, Kew Gardens, and Thorpe Park.

Standing right beside you at the famous gates of Eton will be new classmates from all around the world. Imagine the experience of taking in the history and grandeur of one of the world’s most famous schools whilst making new friends from the four corners of the globe.

To learn more about how you can follow in the footsteps of Princes and have an incredible learning experience at Eton you can get in touch via the form below, and a member of our friendly team will be happy to assist you with your request. 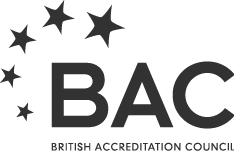